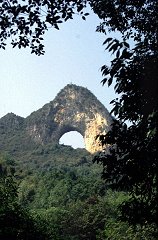 Daoism (sometimes known as Taoism) is a Chinese philosophy and religion which is second only to Confucianism in its impact on Chinese culture.

It was probably founded by Laozi in the 6th century BC and was passed down orally until a book of his teachings called the ‘Dao-de-Ching’ was compiled in the 3rd century BC. A lot of the book, however, can be translated or understood in several different ways and many of the teachings are very cryptic which makes it a very difficult philosophy to follow. An example is the story of a man dreaming he was a butterfly, then waking up and wondering if he was a man or a butterfly dreaming about being a man. 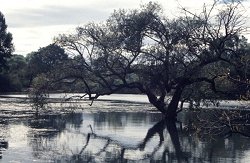 The word dao means ‘way’ or ‘path’ and the aim of Daoism is to bring the elements of life (heaven, earth and man) into harmony. Daoists believe that the importance of man shouldn’t be exaggerated because he is only a very small part of the universe. Followers of Daoism must empty their mind of all former knowledge and seek Nature which will lead them to act with simplicity and humility. They believe that violence is the ultimate ignorance of the Way of Nature and so are frequently pacifists.

The idea of turning to Nature to find peace and harmony had a great effect on the Chinese particularly in the Arts and is reflected, particularly, in many paintings.