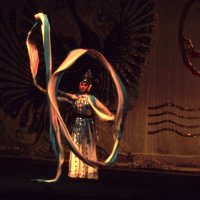 Unlike most cultures, the earliest known Chinese literature is not narrative or epic poetry, but lyric poetry. It tended to concentrate on daily life and, discretely, political comments. It is hard for us to understand now as it’s often a case of what is not said rather than what you actually read in the poetry. When written by a skilful poet, a poem that appears formally correct on the outside can hide deep emotions which the poet knew his audience would be able to read into it. Similes and metaphors aren’t used explicitly; instead you find natural images.

All lyric poetry was written in classical Chinese (wenyan or guwen) which was standardised during the Han Dynasty and was very different in grammar and vocabulary to the normal spoken language. Translation into another language is hard for lyric poetry above all other literature. The sound and suggestion of the words are very important to understand the proper meaning. 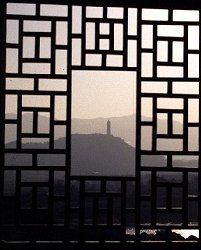 Writing poetry gave the poet a high status most of the time in medieval China. Scholars learned the craft to help qualify them for government employment as it was one of the parts of the civil service examination and many of the greatest Chinese poets were government employees. It was also considered a social grace with a dinner guest often being asked to produce a poem before being served or posting a poem on the wall when leaving as a thank you.

The earliest known collection is The Book of Songs, probably produced in its final form by about 600 BC. They received the blessing of Confucius in the next century who claimed that the poems stimulated awareness and kindled resentment against evil. It was also the inspiration for the Daoist Dao-de-Ching. The poets aren’t attributed and the poems are generally short, often enigmatic, and in a variety of voices, male and female, young and old. Love is often the theme of the poems, together with nature and political topics. This is a girl addressing her boyfriend (Chung Tzu):

I beg of you, Chung Tzu,

Do not climb into our homestead,

Do not break the willows we have planted.

Not that I mind about the willows,

But I am afraid of my father and mother.

But of what my father and mother say

Indeed I am afraid.

The poem later describes that she’s also afraid of what her brothers and other people will say. It shows the conflict between her desire to welcome Chung Tzu and her obligation to other people. The end is unresolved and we don’t know what she decides.

A similar volume called the Songs of Chu, an anthology of poetry from the southern state of Chu, was produced during the Warring States period. The poems in this volume are sensual and deeply spiritual with the influence of Daoism and mysticism.

The Tang Dynasty was the pinnacle of lyric writing, particularly the period from 712 to 762 AD.

Li Po (aka Li Bai) (701-763) was probably the most famous of the Tang lyric poets. He was appointed to an official post in 742 but was later exiled as a result of slander against him. Finally he was pardoned and allowed to resume a life of wandering. He drowned whilst drunkenly trying to embrace the moon’s reflection in the Yangze.

A cup of wine, under the flowering trees;

I drink alone, for no friend is near.

Raising my cup I beckon the bright moon,

For he, with my shadow, will make three men.

The moon, alas, is no drinker of wine;

Listless, my shadow creeps about at my side.

Yet with the moon as friend and the shadow as slave

I must make merry before the Spring is spent.

To the songs I sing the moon flickers her beams;

In the dance I weave my shadow tangles and breaks.

While we were sober, three shared the fun;

Now we are drunk, each goes his way.

And meet at last on the Cloudy River of the sky

Chang-an – one slip of moon;

in ten thousand houses, the sound of falling mallets.

all things make me think of Jade Pass!

When will they put down the barbarians

and my good man come home from his far campaign?

You ask me why I dwell in the green mountain;

I smile and make no reply for my heart is free of care.

As the peach blossom flows downstream and is gone into the unknown,

I have a world apart that is not among men.

Tu Fu (712-770) eventually achieved a government post at the age of 43. It took a long time as he criticised the excesses of the Emperor and was eventually exiled.

He wrote the following in 757 when he was imprisoned by the rebels:

The city in spring, grass and trees deep:

a letter from home worth ten thousand in gold –

white hairs, fewer for the scratching,

soon too few to hold a hairpin up.

In a sharp gale from the wide sky apes are whimpering,

Birds are flying homeward over the clear lake and white sand,

Leaves are dropping down like the spray of a waterfall,

While I watch the long river always rolling on.

I have come three thousand miles away. Sad now with autumn

And with my hundred years of woe, I climb this height alone.

Ill fortune has laid a bitter frost on my temples,

Heart-ache and weariness are a thick dust in my wine.

Su Shi opposed the formalism of the era. He was born into a family with a tradition of government service. He also wrote lyrics to old melodies, was a famous calligrapher and painter and a distinguished statesman, in between being banished for non-conformist views.

This poem shows him having been drinking in the bright moonlight and thinking of his brother far away.

Bright moon, when was your birth?

Wine cup in hand, I ask the deep blue sky:

Not knowing what year it is tonight

In those celestial palaces on high.

I long to fly back on the wind,

Yet, dread those crystal towers, those courts of jade,

Freezing to death among those icy heights!

Instead I rise to dance with my pale shadow;

Better off, after all, in the world of men.

Stooping to look through gauze windows,

She shines on the sleepless.

The moon should know no sadness;

Why, then, is she always full when dear ones are parted?

For men the grief of parting, joy of reunion,

Just as the moon wanes and waxes, is bright or dim:

Always some flaw – and so it has been since of old,

My one wish for you, then, is long life

And a share in this loveliness far, far away!

This was written when he was magistrate of an outlying rural area. He went to the Rocky Pool to give thanks for rain and it portrays a rural idyll:

Date-flowers fall in showers on my hooded head,

At both ends of the village wheels are spinning thread,

A straw-cloaked man sells cucumber beneath a willow tree.

Wine-drowsy when the road is long, I yawn for bed;

Throat parched when sun is high, I long for tea,

I’ll knock at this door. What have they for me?

Finally, this is a short poem of his, capturing a moment.

In the spring breeze a blaze of flaming brightness,

A fragrant mist as the moon rounds the covered walk;

Afraid the flowers may fall asleep at night,

I light tall candles to shine on that crimson glory.