When the capital moved east to Luoyang, so began the Eastern Zhou Dynasty. This is normally divided into two parts – Spring and Autumn Period and Warring States Period.

At the beginning of the Eastern Zhou Dynasty, China was a group of not very powerful kingdoms and could thus never muster enough military or political power to take back the west. It was a time of uncertainty with barbarian invasions from the south and alliances being made and broken frequently. Warfare became a large-scale affair with huge conscript armies led by professional soldiers.

However, economically it was a time of great expansion. Iron was discovered and replaced bronze for weapons and farming tools and ox-drawn ploughs brought an agricultural revolution with much undeveloped land being cultivated and barbarian people living in these areas of northern China being absorbed into the Zhou. Large scale irrigation was brought in and canals built to help distribution. There was a rapid development of trade and a great increase in wealth. The copper cash, a small round coin with a square hole in the centre so it could be strung, was introduced and remained the standard Chinese coin until the late 19th century. Chopsticks and lacquer also appeared for the first time. Increased communication, especially by horse riders, and the improved economic situation meant that rulers could control more territories themselves. 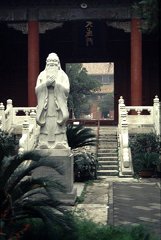 The kings exercised less political or military power than before and warfare amongst the states became common. Seven powerful states emerged and Zhou’s hold on their territories lessened. Positions of authority began to be filled by those with talent rather than birth and the feudal system became outmoded. Bureaucrats, paid with a salary, emerged and peasants had to pay tax on their land holdings to finance them. Despite the fighting, it was also a time of intellectual expansion with the beginning of Chinese philosophy, Confucius and his philosophy of Confucianism and Daoism being the most important schools. By the end of the Zhou Dynasty, China was the most populous country in the world and has held that distinction ever since.

The Eastern Zhou Dynasty (both periods) is covered by the second part of the Turbulent Winds campaign in the game. The new capital of Loyi is to be beautified by a Temple Complex whilst defending it against other jealous cities. Confucius and Dao buildings become available and, by the Yangzi River, a beautiful city is founded at Ying to help spread their teachings. In Handan the beginnings of the Great Wall are built from earth to protect the cities from their enemies. Iron can now be used for weapons and lacquerware is made for the first time. Your final city is Lingshou where a Grand Temple Complex is to be built. However, the Zhou influence is declining by the end of the campaign. 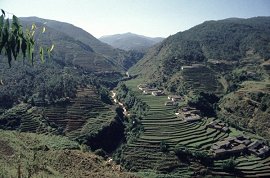 Two multiplay games, Eight Kingdoms and Warring States, are set during this period as well. In Eight Kingdoms, devastating wars have caused widespread famine and disease, ruining the land and stripping it of many vital resources. Finally, however, wiser minds have prevailed and an armistice has put an end to the bloody rivalries. As a result, all military units have been disbanded and dispersed. To rebuild, the cities must communicate and trade with each other. It is time to live together and rebuild a glorious China. 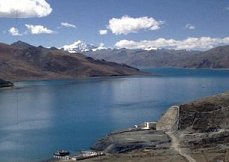 In Warring States you need to conquer and rule 2 other cities. By the time the Eastern Zhou Dynasty started, the disintegration of the kingdom was already well underway. The central power of the Zhou kings continued to ebb so that soon they were merely figureheads of authority for the more than 170 small principalities. By 480 BCE, however, only eight or nine powerful states remained to vie for ultimate control. Warfare had become an all-pervasive way of life. Princes raised huge peasant armies and siege engines guaranteed that even thick walls would no longer protect a city. Ordinary people hoped that one state would eventually win, unite the land and end the vicious bloodshed.